Well it's been a long time, apologise to the people that do occasionally read what I post here.

New Models!
As some of you will know some new models have arrive or have been announced, like the Adams Radial from Hornby and Oxford Rail, hopefully we should see some toolings of the Birdcage stock from Bachmann soon.
On to the Models which have arrived or have been finished as of late:

Bachmann's E4's
Bachmann's E4s arrived at the end of April and early May, another quality model from Bachmann plenty of weight, plenty of detail, and very smooth running. As you would expect I ordered the SR B473 model, but also purchased the LBSC version to transform in toe 473 in umber livery with the name Birch Grove on the tanks, this is currently being worked on, and should feature in a new video series called Workbench Wednesdays.
Also you can find a review on the E4 on my YouTube channel.

Adams Radial:
Hornby showed off a 3D printed sample of an Adams radial back in November, we have just seen a fully tooled and running sample, with some un-announced LSWR rolling stock behind it 48 - 58ft stock, which is very exciting. Hopefully we may see the Radial by the end of the year, if all the development goes well, certainly an excellent turn around from Hornby over the last year and a bit after their factory move.
But Hornby have competition from Oxford Road models, who are best known for Oxford Die cast, they are now producing OO products some wagons, and also an Adams Radial, so far we have seen CAD's and we know a little of the specification, but we haven't seen anything.
But this is set to change I have heard Oxford rail will have a stand at the Bluebell Railway Model weekend which is next weekend 27th - 28th June and will have something to show. I will report on anything I see, so keep an eye on Twitter or Facebook on Sunday 28th.

Birdcage stock / USA tank:
This was reported to be in the tool room back in March, but still nothing has been seen, it has been said Bachmann will bring something to the Bluebell Railway model event next weekend, we shall see if they do... as Bachmann have quite a few SR locos on its books at the moment, like Model Rail's USA tank which was also reported as in the tooling stage.

O2 tanks:
Having watched and followed Kernow's progress with the IOW O2's for the last 5 years, I have had a look over the first decorated samples, and I must say you are in for a treat when they arrive. It's been a long wait due to issues with Dapol and moving over to DJM but the samples I saw although still with minor changes to be made, looked great, last report is the SR push-pull is still yet to have the second decorated sample to arrive, when this has passed and been OK'ed then production can start, which means we could see them on our layouts in 3 - 4 months. 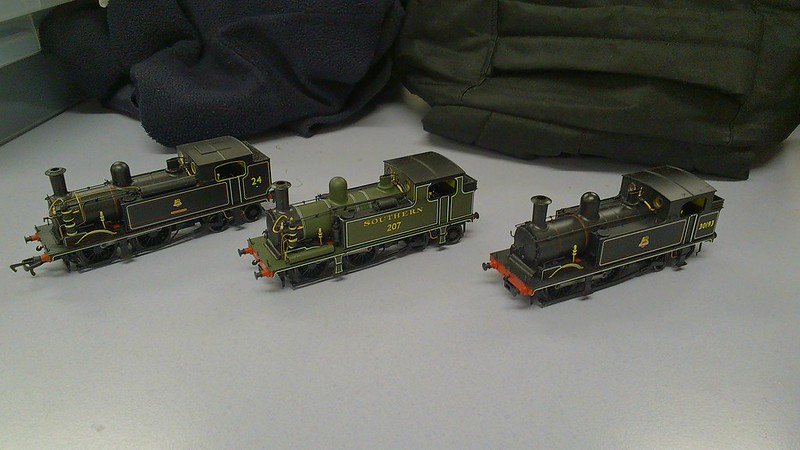 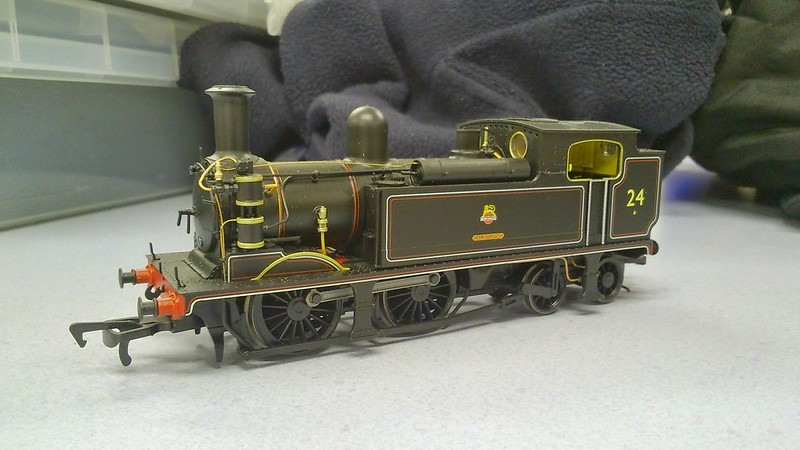 Layout update:
The layout is still in action just about but not for much longer, after some discussion it looks as though I will be moving away and taking a gamble on doing something different. The layout will not be coming along, and will be left behind. When it becomes finically viable I will look at rebuilding it and or starting from scratch recycling components which are worth saving.

A slightly different scratch build...
I was asked again to write a little something for Your model railway village, so far I have written 2 small articles for them, and was asked about another, this time it is a Scratch-build theme and showing different materials and methods of building, I had a spare loco chassis available so it was time to put it to good use, and I had my eye on build a Metropolitan E-Class of Met 1 as it's better known.
It was an interesting build, and went quite smoothly, with not many issues, and it runs very well, the full write up is near 5,000 words, and you can find it on the website very soon in PDF format on our Projects page. 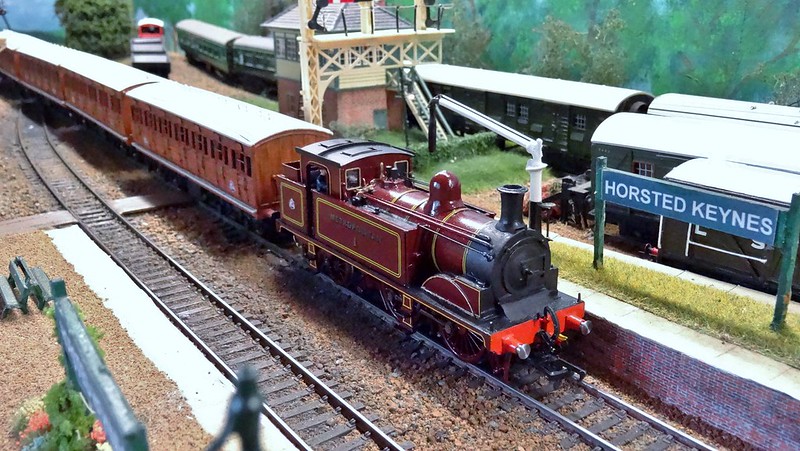