It's been a busy year in terms of new models being worked on, kits built, and also RTR releases, Hornby have certainly sorted them selves out and appear to be delivering on a number of items, and also nice to see the detail has returned to the models too.

The exciting announcements of LSWR rolling stock and Adams Radial from Hornby have certainly been a welcome announcement back in 2013 November, and the Radial is due in late January 2016. I had a look at the decorated samples back at Warley and are looking very good.
Oxford Rail have also released their Adams Radial although a little less refined than Hornby's effort it still is a good model for the price.

Another late release was the Adams O2 from Kernow after 5 years of waiting they started to arrive around September, having ordered the IOW versions mine came a bit later in November, although at the time of writing still awaiting the delivery of the second. They are fantastic models with great detail fine pipe work, etched plates and nice decoration.


In regards to the website I have re-organised some areas, there is a new page called Projects page where you can find kit builds, improvements, and scratch builds. This was brought in due to magazine articles and them not being able to post the builds in full so to get around this I have posted the projects in PDF format for people to read or download to get inspiration or help. 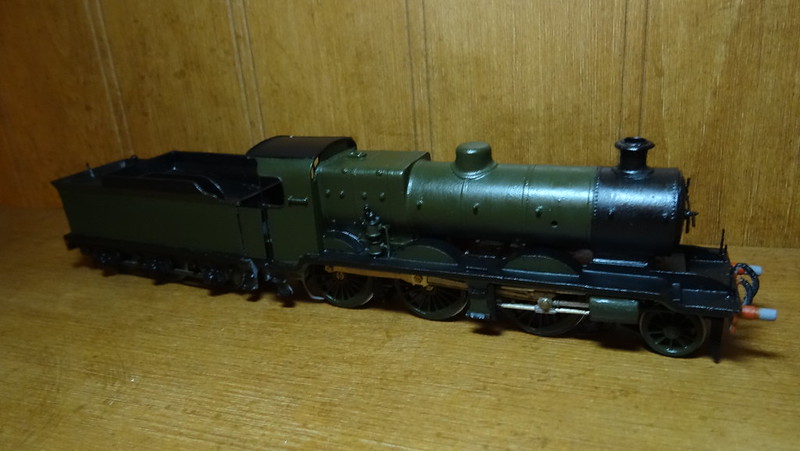 Purchased 3 months ago, this aging kit of a LBSC K-Class made from an old K's Kit, I always wanted one of these models as the Bluebell were going to save one but sadly never happened. So to complete the collection the I managed after months of trying to get hold of one. My aim was to improve the model and detail it up, the wheels, and motor were scrapped and replaced, etched brake and rigging installed, and missing parts made from scratch. The number of the model I decided between 2 after discussion with fellow SR modellers we think that that the loco the bluebell would of saved would of been 3241 or 2353, so I went with the former as I had found some images of the loco in SR livery.
The model is now in lining out phase of decoration with the tender now complete and lining out of the loco about 50% done. The PDF will be available on the projects page of the website. 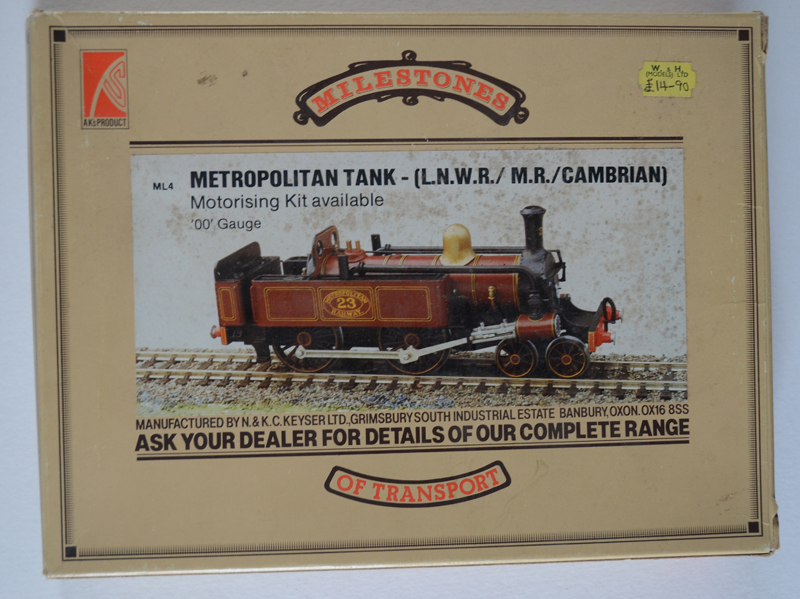 I am slowly gaining a Metropolitan collection, having purchased L150, and seeing the Steam on the Met over the last few years, I started collecting and building locos, a few months back I constructed Met 1 the E-Class tank based at the Buckinghamshire Railway centre, this was built on an old M7 Hornby Chassis, using various spares from various kits over the years, and comfortably pulls my 4 Metropolitan coaches.
I tried to get hold of an old K's kit of a metropolitan Beyer Peacock tank, the one which is preserved in the London Transport museum, finally after much searching I was offered one on RM web, and I very much look forward to constructing and updating the kit like what I have done with the K-Class above. I am a bit of a sucker for unique loco and the W1 certainly is in it's original build, with a marine style boiler with a working pressure of 650 psi and a wheel arrangement of 4-6-4 it was a mighty impressive and different looking to most locomotives, which inspired me to try and make one.
There is a kit available, but that would be to easy, so I will attempt to scratch build this one the body of the boiler will be challenging, a chassis has been picked up which is a good start and some items have been started to be collected. 4mm plans have been purchased for the model.

So far sales have been not to bad from Shapeways, the popular Captain Baxter 3D print has sold reasonably well instructions are now available, and I have just finished off the 3D model for the LCDR brake 3rd 4 wheeler coach which might be ready in the near future. 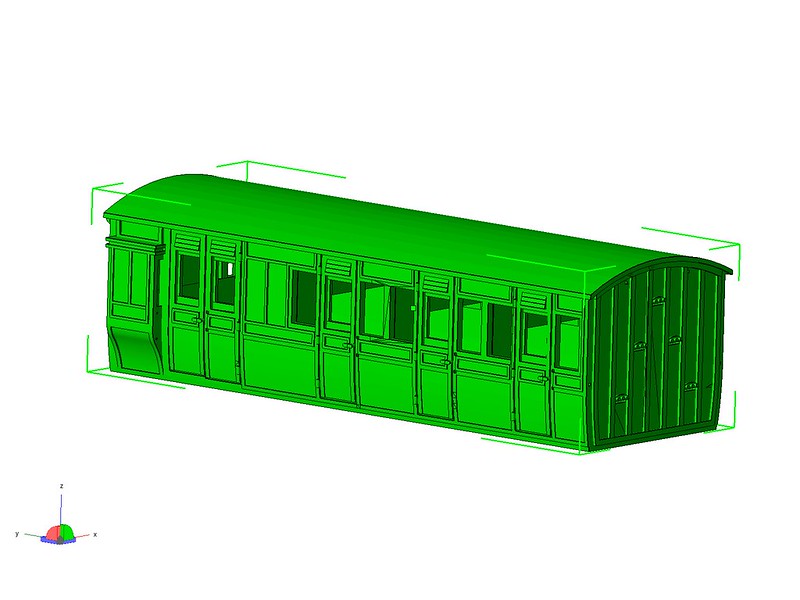 I have quite a big project on the go from an Island kit manufacturer which is Smallbrook Studio which you will hopefully see some time next year.

Horsted Keynes:
I hope to squeeze another couple of videos out of the layout as most of you know it has basically been retired and plans to rebuild it are in motion to improve it in the future, it would be a big project to rebuild when I eventually fully move.

I.O.W layout:
Plans are in progress to build a small exhibition style layout 6 - 9ft long, based on the railways of the Isle of Wight, so far it will be a very simple layout with one line running from out of the cliff face to an over bridge based on the St Lawrence branch to Ventnor West.

This month I have updated a number of pages: