Has it really been 8 months...

Well I guess so, but for obvious reasons, sadly not being In the same vicinity as the layout which is on the mainland in good old Buckinghamshire, I moved in July to the Isle of Wight which meant the layout had to stay behind, with my family looking to move down here also the future for the layout is unknown to say the least but, it certainly would be a good opportunity to rebuild it and improve it and also add more to it, although this is probably a long way off.. As sadly money isn't as available as it once was being unemployed at present, and I can only afford what I have had on order for the past 5 years or so...

Which leads on to new models:

Originally I ordered the Oxford version but changed my mind after seeing it and looking more at it, as it looked reasonably good but there were things in the design that put me off including missing a parts, assembly issues ect..
If you can over look all those then yes £88 - 90 is a very good price in the current climate for a model.
I swapped to the Hornby one earlier this year after finding one online for £104.99 from Derails in Gloucestershire.
Very friendly staff and very chatty, and very helpful, anyway the model arrived in mid July I think it was, and as you can see to me it's much more refined... more detail better design on the chassis, smooth running, colour looks good, only thing that lets it down are the wheels which could be better decorated, with a black band round the rims, you can also do this yourself which I did later.
If you run DCC finding a chip that fits could be entertaining, the bunker is very tight, having a dcc layout down here to play on, I found that I had to modify the bunker to allow it to fit, as there was just no room. DCC chip space does seem to be an after thought from Hornby from time to time, this is another example.

But overall a very nice model.
Who knows what we might see from Hornby in the future... maybe an SECR H-Class.

Well it was 2012 when I ordered mine but the end is in sight, most have been delivered to Kernow for despatch but could take up to 28 days, I guess depending when you ordered. The one I ordered which was 30064 is long sold out, from the samples I saw in March they all looked very nice, and detailed, having chatted to the Bachmann staff they say this is one of the most complex tooling jobs they have done.
Hopefully this model should I hope arrive at some point in the next few weeks with orders being despatched at present.

Progress has been rather slow on a number of items from Bachmann I asked in March what is slowing the down, their reply was the design department, which was a bit of a bottle neck and has been sorted out.. We shall see..
At the beginning of August the signs were quite promising, finally progress... Birdcage stock, seen for the first time, this is looking to be out in May 2017, also the H2 due in May 2017 with a tooled sample not too far away..
The post on RM Web, shows progress on quite a few models including the LNWR coal tank, which was just a 3D print back in March.

You can read the thread here: Bachmann-farish-half-year-product-update/

Most of this year has been spent building other peoples kits or commission work, which has slowed work on my own projects but money is needed to keep living but, I have been working on mine over the weekends.

In the last blog the K-Class was almost there just needed lining, this was completed earlier this year back in March, and looks very elegant in its SR Lined olive green, and runs very nicely. 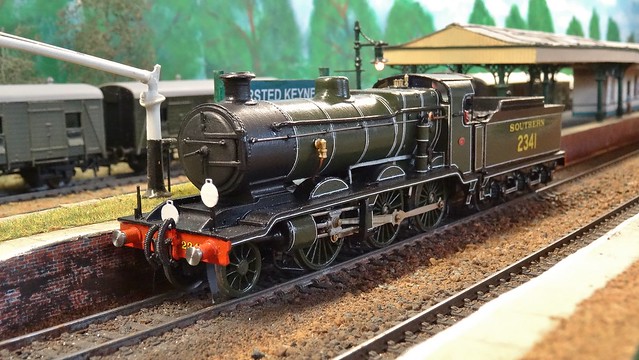 I purchased a very sad looking Bachmann Tornado covered in super glue a few months ago, costing only £30, it was worth a gamble to try and repair it, after a lot of striping and cleaning, filling, filing, sanding, a bit of primer and a new coat of BR blue, it's starting to looking much healthier, it is now at a stage where lining out is taking place and is looking very promising. 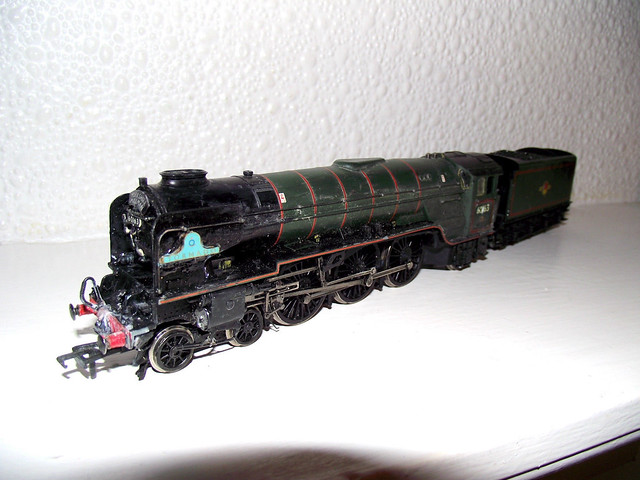 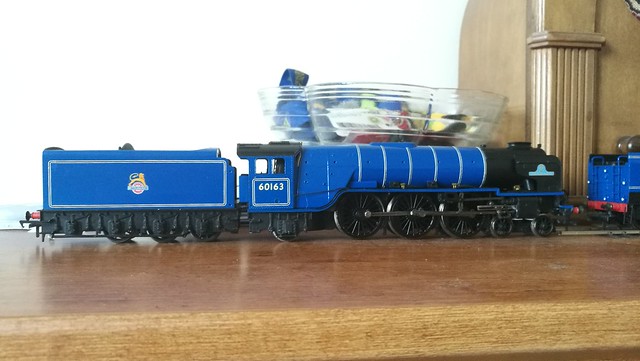 I picked this up off eBay for a pretty reasonable price, so decided it was worth a punt, I have been reworking the chassis these last few weeks, made from scratch a new bogie, ordered new wheels, motor / gearbox, also refreshing some of the paint work and adding new plates and transfers.
Work is progressing well, I hope this will be complete in the next month or so.

I have for a while been on a mission to improve my freight stock, Bluebell have many great pre-grouping wagons which I now mostly have, the weaker areas for my layout is the engineer wagons or tankers. Luckily I came across a company I haven't heard of previously, but they have been around for a while.
Chivers Fineline are basically similar to Cambrian kits, straight forward easy to assemble plastic kits, this one does run occasionally in the freight set, this SR 20T ballast wagon (dia1771). is painted in red Oxide or red primer from Halfords, with HMRS transfers.

Progress has been slow but it is starting to move, I have now got so far all 3 LCDR / SECR coaches, Brake 3rd, Disabled Saloon, and an all 3rd which was recently restored on the Bluebell. These 3D printed coaches are costing quite a bit almost £70 a coach... which is a lot..
Sadly at present there's nothing on the market to replicate these coaches or even use as an alternative.
The other coach in the line up is an all 1st LBSC 4 wheeler this being a Roxey mouldings kit and is slowly progressing to completion with lining and finishing off still to do.